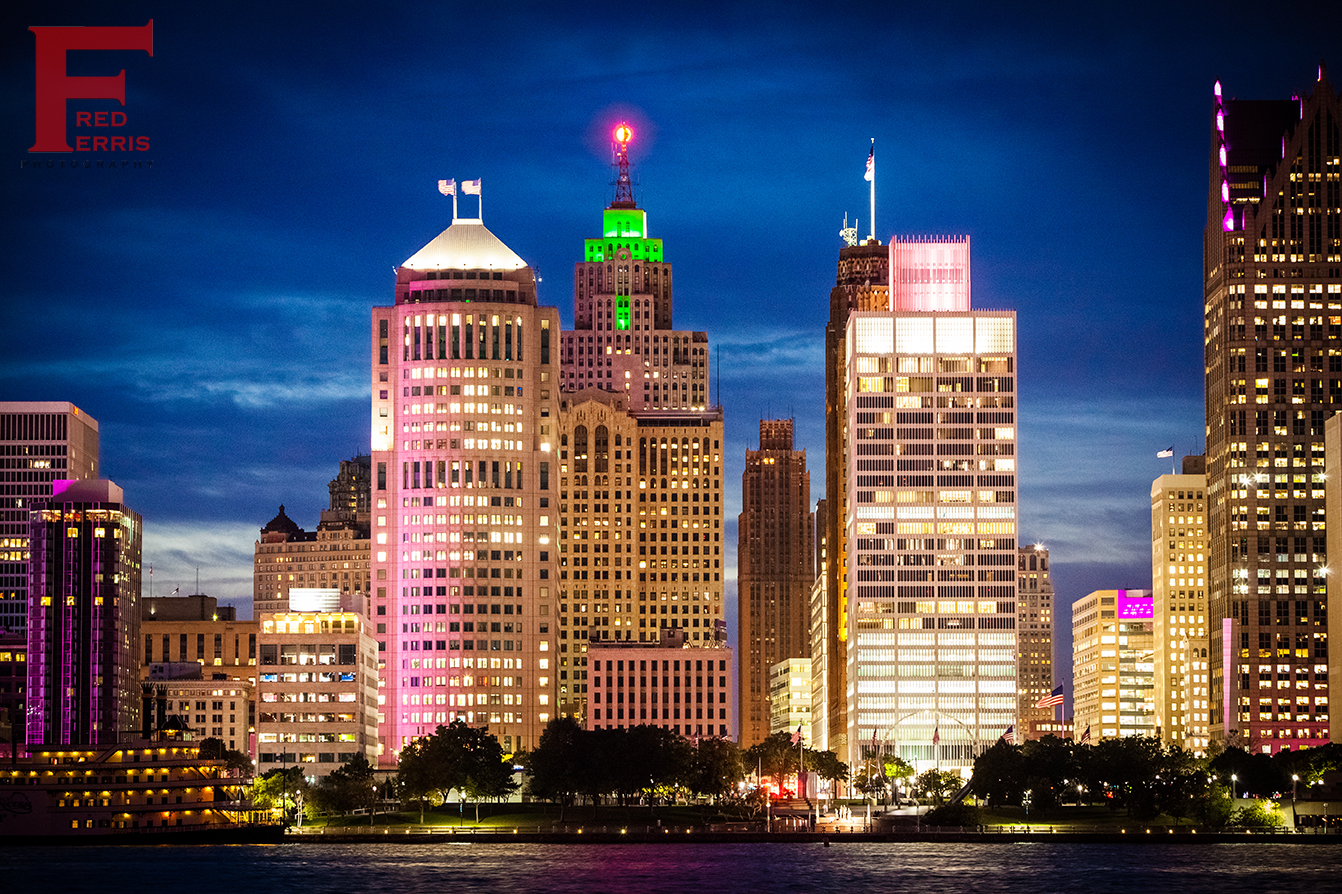 The challenge:
The assignment was to take a night shot of the tower of the Penobscot Building (downtown Detroit) which is where Strategic Staffing Solutions (S3) is headquartered. S3 had worked it out with the building management to turn the tower green – their corporate color – to celebrate their 25th year of operation. 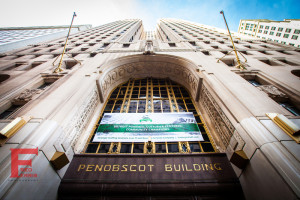 A couple of weeks before the tower was set to go green, in meditation, I was directed to take the shot from the Canadian side (Windsor) of the Detroit river overlooking the city of Detroit. What a great idea! Actually, I had been puzzling as to where in downtown Windsor I could get an open shot of the tower.

And there was another major issue concerning the best time of day to take the photo – in this case night. The tower would only turn green for a limited few days late September when the days get shorter and shorter – every day.

They say that when photographing fireworks it is best to wait until the sky is pitch black. But have you ever noticed what Mother Nature offers just before the sky goes completely black? It’s like another sunset only the colors are a mix of soft grays, blues and blacks. They are as ever awesome as the more traditional sun setting. But you only get about a 15 minute window where you can catch this divine art spectacular yet muted backdrop to the Detroit skyline.

Knowing that I had this narrow window of time, I could not wait until the actual evening to take the shot because there was a chance of missing the window with equipment set up. That meant an advanced screening to Windsor along their riverfront. That was the easy part but locating which building was the Penobscot was not. There was about a 1/8th mile strip along the riverwalk that potentially was the right place to set up the tripod but I could not confirm anything without that green tower.

Figuring the window of time was more forgiving. By my watch, that night, 8pm was the magic time. As the prescreen was a week before the actual shoot date, a quick adjustment as to when the sun would set then, I figured the time to take the shot was 7:45pm.

The night of the shoot was a bit stressful because of the unknowns. What helped was having an assistant with me. When you do night shooting, having someone with you expands your potential where you are not worrying about equipment and other people in the area. An added bonus to assist your creativity is bouncing ideas and perspectives to this other person.

So there we were in position at a location that I believed was the best angle and view of the (unlit) Penobscot Building. 7:45 came and went. The time crept by 7:55. Then this sinking feeling. I really hadn’t confirmed with S3 exactly when the tower would glow. At 8pm still nothing. Then at 8:03 there was a green glow in downtown Detroit best visible from where we were positioned. At 8:05 the sky went completely black. That is when we got the shot. 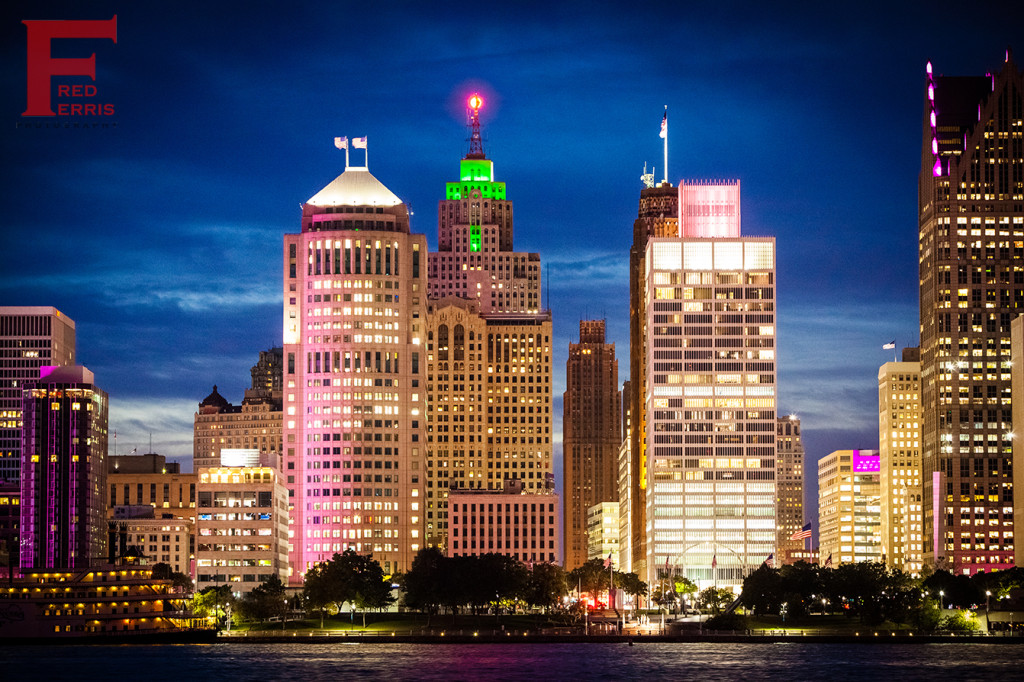